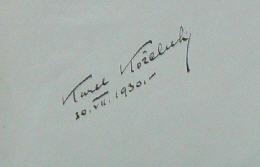 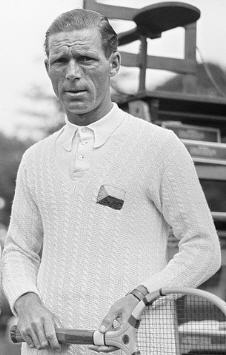 The versatile sportsman Karel Kozeluh features a unique biography in the field of the professional sport.

He was not only a national soccer player for Austria and Czechoslovakia but also won the European championship as a hockey player and became a tennis world master.

He was born in Prague in 1895 and he soon demonstrated a lively interest in sport.
His first passion broke out for soccer although he carried on other sports beside it like tennis and rugby.

As a soccer player he acted in the top leagues from 1914 for the clubs DFC and later for Sparta. In 1919 he was a soccer trainer for HASK Zagreg before he went to Austria in the 20s where he played for the Vienna AC.

He played his first international match for Austria (4 matches, one goal) in 1917 and played there till 1918. Among others he played against Switzerland and Hungary.

After World War I the new Czech Republich was founden and he played international matches for this new country (2 matches, one goal) in 1923.

Already during his active time as a soccer player he also played ice hockey where he was successfully as well.

Finally he focused on this sport and retired from soccer in 1923.
Already at the first big tournament he took part he was able to achieve the third place at the European Championship 1923.
Two years later he crested his ice hockey career with the win of the European championship 1925, moreover he shot the winning goal against Switzerland which afforded his team to win the title.

After this success he retired from the ice hockey sport and concentrated to his third sport he really likes - tennis.

After 1937 his stardom diminished and he also worked as a tennis coach, among others for the legendary Don Budge and for the Davis Cup tem of the USA and later Czechoslovakia.

The dazzling career of Karel Kozeluh was abruptly ended when he died in 1950 because of insurances he incured by a road accident in Prague.

In 2006 he was admitted to the International Tennis Hall of Fame and got with it a late memorial.

His brother Jan Kozeluh was also a successful tennis player.